A person from local services contacted the chairperson of a meeting that I was due to attend, they requested that radicalisation was put on the agenda for the meeting.  A service user read this and responded with a plea to support and celebrate radical thinking. He seemed to fear that her request was to attack radical thinking in services. The manager then apologised for the misunderstanding and explained that what she was wanting to highlight was some national training that is being rolled out across the UK. Apparently this training is to make people aware of the threat  to “vulnerable” people from radical thinking and terrorism, and is called Prevent!

Whilst this was a genuine misunderstanding that was quickly resolved with a brief apology and explanation, I have been left with a strong sense of irony and scratching my head at another example of the madness of this world that we work in.

I imagined a response that would go something like;

“So let me get this straight, staff from mental health services are to receive mandatory training so that they can protect service users from a dangerous ideology that is based purely on faith, one that has no basis in science or truth? That this training is considered vital because innocent people are losing their life? That people who are using services are more vulnerable because they are more susceptible to the ‘bad’ people who might exploit their need for money, esteem, a sense of purpose and social status? And that these bad people are motivated by the own need for wealth and power?”

“Well, perhaps this might be a very good time to pause and reflect a little more deeply at what is happening a little closer to home! Where is the evidence base to support the assertion that the millions of people in our ‘civilised society,’ that are defined as having a mental illness, are in fact ill at all? We know that the chemical imbalance theory has been disproven, we know that the geneticists have found nothing to validate a theory that people are vulnerable to inherent defects and that psychiatry remains the only stream of medicine that relies on the subjective assessment of a human being.  What we also know is that there are severe consequences for many of those people as a result of these—at best—hypothetical assumptions about the causes of emotional distress.”

“How many people have their lives cut short by as much as 30 years by the treatments based on these hypotheses? How many suffer the indignities associated with the social consequences of having these diagnoses applied to them, often at a time when life has already delivered them events and traumas that have challenged and threatened their worlds? Once you have answered these questions then tell me where the priorities are in challenging dangerous ideologies.”

“If we want to address the exploitation of the vulnerable, perhaps we could also ask ourselves a few questions; why are people who use services more vulnerable? Why would they be influenced by people offering esteem, a sense of purpose and money? What has happened to them that they might feel that these things are missing from their lives? Perhaps the stigma that is the consequence of being diagnosed with ‘illnesses’ that place them on the scrap heap as regards prospects of work, family life and social life could be something to do with it. Or may be the drug treatments that ‘work’ by causing people to be apathetic, diabetic, obese, dependent and yet terrified of coming off them as they have been sold the idea that they were ill!”

“And, last but not least let’s explore the protection of ‘vulnerable’ people from people wanting to exploit them for the purpose of their own power and wealth! Well is there any real need to delve into this? Is this a dark joke? The industry of turning people’s worries, fears, sadness, trauma and abuse into profit appears to be booming and ever expanding. We are all beneficiaries in some way if we are working in this industry, even those of us trying to change it. However, we all know that there are those in the industry who utilise fear, power, and threats. People who manipulate ‘evidence’ in order to sustain or achieve their own status, power and financial reward.”

Who is Mad in America?

Mad in America is an non-profit organization working  to serve as a catalyst for rethinking psychiatric care in the United States (and abroad). With the believe that the current drug-based paradigm of care has failed society, and that scientific research, as well as the lived experience of those who have been diagnosed with a psychiatric disorder, calls for profound change.

Quote from MIA – ‘Matthew’s approach is one of trying to encourage people to harness natural human attributes and abilities in a skilful yet simple way’. 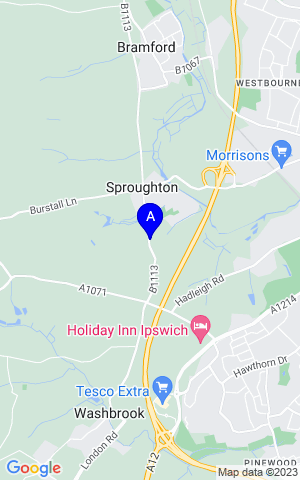