Walking Alongside – Talking About Pathways to Recovery

At the tender age of 5, I was suddenly thrust into a situation I had never encountered. My mum, who was a team leader on a particular evening for Samaritans, had popped into the centre, to say she would be home soon and contactable. In the pre-mobile phone time, you either had to go to a pay phone or physically send a letter or pop in yourself.

Having “popped in”, my mum was told that a woman, who had been abused both physically and sexually by her husband, was on the brink of suicide. Only the intervention of my mum could save her life. This gave mum a dilemma, with me in the car. She decided the best course of action was to take me with her, but warned me to keep quiet and don’t say a word. In the following minutes, I was exposed to the harsh realities of life and how close we travel between choosing life and death. At the tender age of 5.

Around the same time, my family and I had joined friends on a camping holiday for children with learning difficulties.

I had befriended a boy much older than me, but with a mind the same age as mine. His name was Mutley. I felt so proud to have my much older, new best friend. For the day we stayed on camp, I remember spending most of the time with him. Later that evening, he was beaten up by a group of boys, accused of being “backward” “a spastic” and whatever other words you called people with mental health issues, back in the 1970’s.

These two moments in my early life, made me appreciate that older people do have feelings; that adults do cry and that life isn’t always as depicted on children’s television. These two episodes sank deeply into my core and, thereafter, made me want to help people, feel empathy when others were down and want to make them happy. My role in life was to “fix” people, but as I got older, I realised that you never “fix” people, you merely give them to tools to make themselves better.

During my own voyage of discovery as an adult, I’ve felt the highs of marriage and starting a family, to the lows of bereavement of my mum and job loss. The latter had far reaching implications, as a company I had set up crashed, so did my confidence and my view of the world and myself in it. It sounds dramatic, as it was. My fall from grace, my fall into the abyss of no confidence and low self-esteem has been a massive mountain to climb.

Around the same time, my family and I had joined friends on a camping holiday for children with learning difficulties.Whilst out of work, my “eureka” moment came when window shopping in Blackheath, lord knows, I couldn’t afford anything in the shops. On a post postcard in a shop window, I saw a headline, “Need Life Coaching? Call Monica!” I never phoned Monica, but I did look at what life coaching was all about. I found out what it involved, role playing, creating pathways to success by conversation, using your intuition when asking questions i.e. going with your gut feelings. This opened up a world of everything I was fascinated by. I enrolled on a Life Coaching course and a year later I was up and running.

Life Coaching has given me the ability to feel and see emotionally, for the betterment of my service users and opened up many new avenues for meeting some amazing people and learning more and more about myself and others. One of the people I met, was Mark Goulbourne, whilst doing a day’s training with MIND, on bringing coaching into the workplace. So began my life as a mentor within the Stepping Stones Community.

I love mentoring my students, as I get to coach, cajole, listen, learn and talk about my experiences in life. It’s everything I love doing in one job. Some days are challenging, when dealing with students who want to end their lives or students who self-harm. Each time, whatever the situation, I am privileged to be allowed into the lives of my students and be able to create support systems with them that can stop negative feelings and situations, create new avenues of thinking and make their worlds bigger and more varied, whilst still in a supportive mentoring environment.

I am able to provide support on CV writing, interview techniques for when students leave college or university, or are looking for work experience. With my acting background I encourage role play a lot, this helps them to look at problems from different perspectives.

During my time as a mentor, I have been sworn at, ignored, hugged, cried on (tears of sadness and joy), laughed with, laughed at, respected, BUT, the one thing that all of my students have given me is learning. They teach me how to be a better mentor, with every situation they put in front of me. I feel like that 5 year old boy in the back of my mum’s car on a Samaritans visit, I feel strong enough to now protect that boy called “Mutley” from ignorant bullies. I feel like I’ve found my calling and it feels great.

The Process of Mentoring:

For a student to be eligible to apply to receive mentoring, they must first go to an assessment centre. There, an assessor will discuss their learning difficulties and clarify the condition the student has, e.g. autism, Asperger’s etc. After the assessment, the student receives an allocation of hours for either – mentoring, study skills support, note taking or library support. The funding for this comes via the Disabled Student Allowance, which is granted by Student Finance (England). The assessment centre will make recommendations for a provider of these services in the area the student lives or goes to college or university. Sometimes the Student Support Team within the college, will be able to recommend companies who provide these services. 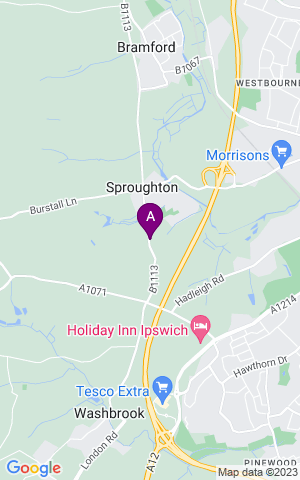